April 5, 2018 – Vancouver, BC: Riverside Resources Inc. ("Riverside" or the "Company") (TSX-V: RRI) is pleased to provide an update on the Ariel Copper Project (the “Project”) which comprises a 1,242-hectare mining concession located in northeastern Sonora, along the most productive copper belt in Mexico. Riverside holds 100% of the mineral rights to the concession and has conducted generative exploration work, which was funded through the exploration alliance with Antofagasta (see press release February 29, 2016). The Project covers an extensive zone of hydrothermal alteration, measuring 2.8 km in length by up to 1.9 km wide. The western half of the Ariel claim covers an extensive zone of porphyry copper style rock alteration that is now being explored by Riverside. The Ariel Project represents one of a number of prospective copper projects that Riverside will continue to work up and explore new potential joint-venture partnerships.

A reconnaissance exploration program performed by Riverside outlined alteration zones potentially related to porphyry copper mineral systems with drill target areas defined. The Ariel Project is located within a development rich copper district, surrounded by major Mexican copper mines in the Laramide copper belt of Sonora. In February of 2016, Riverside won the right to stake the Ariel Copper Project in a lottery that was competitive with other major copper companies competing to stake the Project. Riverside continues to work up Ariel and welcomes joint-venture partnerships to further advance the Project for the next phases of work.

Riverside’s President and CEO, John-Mark Staude, stated: “We are pleased that results of our reconnaissance fieldwork at Ariel are supportive of the possible existence of porphyry copper mineralization. Riverside continues to build upon our alliance funded work to expand the targets defined. The Project, which was acquired through claim staking at minimal cost, is ready for follow-up exploration programs. Riverside continues to progress with the Project Generator business model and uses our team of experienced geologists to acquire and work up highly prospective assets.” 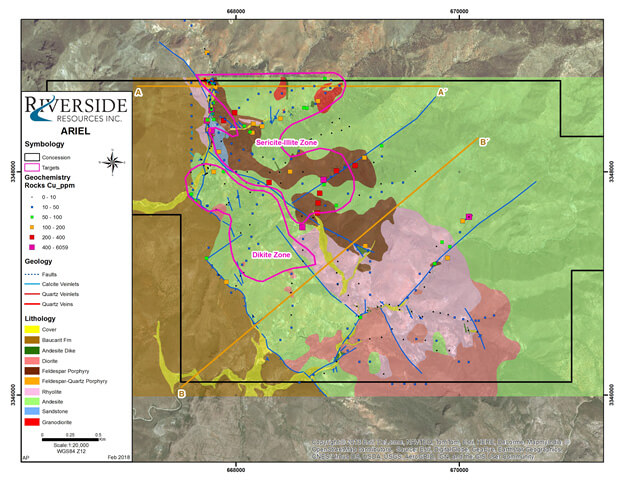 Figure 1: Map of the Ariel Copper Project with Targets

The Ariel concession and alteration system occurs along the southeastern trend of the Arizona-Sonora porphyry copper province where over 20 porphyry-related copper-molybdenum deposits have been mined for decades, including the world-class Cananea and La Caridad deposits. Additionally, the Mariquita, Maria, Milpillas, Pilares and other copper centers in this trend in Sonora, Mexico have been mined and show strong potential of high-grade hypogene and supergene copper mineralization.

Additional Project Details:
The area was identified through Riverside’s generative work using satellite image analysis, the Company’s mineral databases, mapping and geochemical surveys. This work was sponsored through a past exploration alliance, identifying widespread iron oxide and clay alteration at the Project, which was then followed up with field exploration. Some 293 rock samples were collected and analyzed for trace metal contents using a portable X-ray fluorescence instrument as well as a mineral analyzer that employs near infra-red spectrometry to identify minerals typically formed by hydrothermal processes. An additional 120 samples were analyzed using only the spectral analyzer. Rock samples that yielded anomalous base metal readings using the XRF instrument were subsequently sent for geochemical analysis by a certified assay laboratory and found to contain copper as well as other elements consistent with a porphyry copper target.

Riverside’s mapping program identified altered porphyritic intrusive and volcanic rocks that are interpreted to be Laramide-age rocks (late Cretaceous to early Tertiary) comparable in age to lithologies hosting the major Sonoran porphyry copper deposits found to the northeast of Ariel. Additionally, quartz tourmaline breccias are characteristic in this area of the Laramide porphyry Cu districts at Cananea and La Caridad mines immediately to the NW of Ariel. At the Project, the tourmaline veins follow structures which have copper values and vector toward the target to the west, which is now ready to be drilled in further exploration. An infra-red spectrometry mineral analyzer was used to defined extensive clusters of samples marked by sericite and dickite alteration, which are associated with the upper parts of porphyry copper systems and key halo alteration minerals.

The XRF survey shows a small cluster of samples with anomalous copper contents located in the northwestern side of the Ariel concession where porphyritic intrusive rock, sericite alteration and fault structures were mapped. The faulting, which is post-mineral resulted in the regional basin and range geomorphology and is interpreted to have displaced porphyry copper drill targets beneath post-mineral cover. The altered intrusive rock coupled with copper mineralization provides Riverside with an excellent target for copper porphyry mineralization.

Qualified Person and QA/QC:
The scientific and technical data contained in this news release pertaining to the Ariel Project was reviewed and/or prepared under the supervision of Ronald Burk, P. Eng., a non-independent qualified person to Riverside Resources Inc. who is responsible for ensuring that the geologic information provided in this news release is accurate and who acts as a “qualified person” under National Instrument 43-101 Standards of Disclosure for Mineral Projects.

About Riverside Resources Inc.:
Riverside is a well-funded exploration company that is driven by value generation and discovery. The company has $3,000,000 in cash, less than 45M shares issued and a strong portfolio of gold-silver and copper assets in North America. Riverside has extensive experience and knowledge operating in Mexico and leverages its large database to generate a portfolio of prospective mineral properties. In addition to Riverside’s own exploration spending, the Company also strives to diversify risk by securing joint-venture partnerships and spin-out entities to advance multiple assets simultaneously and create more chances for discovery. Riverside has additional properties available for option, with more information available on the Company’s website at www.rivres.com.