Riverside Provides Update on Exploration and Drilling in Sonora, Mexico

February 15, 2018 – Vancouver, BC: Riverside Resources Inc. (“Riverside” or the “Company”) (TSX-V: RRI), recently completed a partner-funded diamond drilling campaign at the Puerto Alamo Target at the 36 km² Glor Gold Project (the “Project”). The exploration and drilling work was funded by partner, Centerra Gold Inc. (“Centerra”), as part of their option to earn a 70% interest in the Project. The Project hosts four key target areas and is located approximately 8 km west of Alamos Gold’s El Chanate Mine in Sonora, Mexico. The recently completed drill program focused on the Puerto El Alamo Target (see Figure 1 below) located in the central part of the Project, which had been defined by a recent detailed soil geochemistry survey and geological mapping. 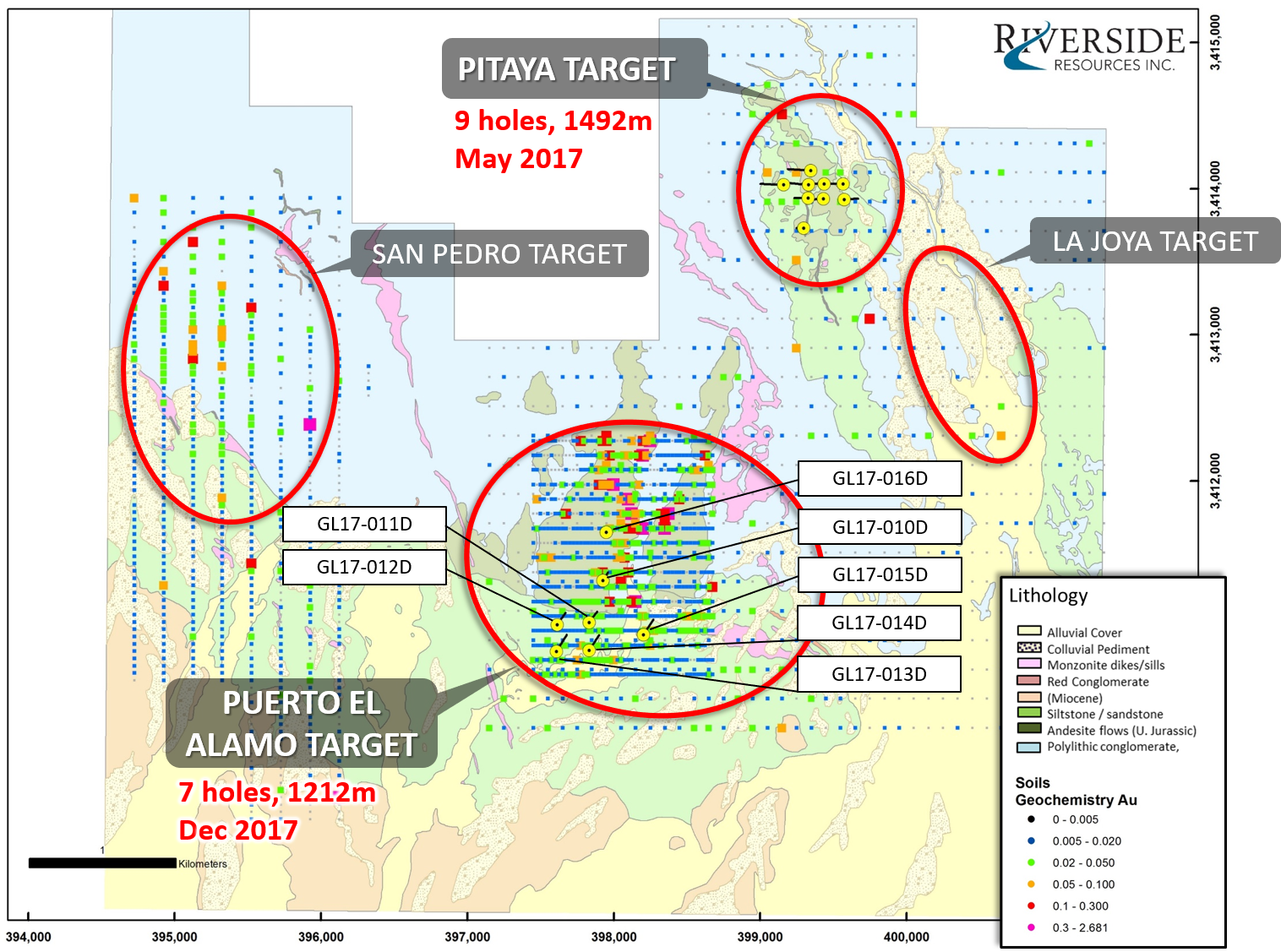 Figure 1: Map of the Puerto El Alamo and other target areas at the Glor Project

The drilling program consisted of seven drill-holes with a total length of 1,212 metres. The drill-holes were designed to test for a near-surface deposit of disseminated and fracture-controlled gold mineralization similar to what was identified in bedrock outcroppings in the target area. Gold and arsenic analytical results obtained by the soil geochemistry survey also guided the design of the drilling program.

All of the drill-holes passed through the targeted stratigraphy and shear structures with multiple narrow intervals (1.0 – 4.7 metres) of low-grade gold (0.25 – 0.345 g/t Au) mineralization. The targeted stratigraphy consists of a Mesozoic andesite volcanic flow underlain by a package of fine-grained sedimentary rocks and a thick formation of polylithic conglomerate. On surface in the target area, gold-bearing shear structures were found conformably within the andesite unit and close to its contacts with the sedimentary rocks. Zones of iron carbonate +/- sericite alteration and minor quartz veining several meters wide were intersected in each of the drill-holes. Similar lithologies, structures and hydrothermal alteration were trenched and diamond drilled at the Pitaya Target in the north-eastern sector of the Project (see press release on June 19, 2017).

Riverside’s President and CEO, John-Mark Staude, stated:  “Our drilling at the Puerto El Alamo target with partner Centerra explored for low-angle shear structures similar in nature to those controlling the El Chanate and other multi-million ounce gold deposits in Sonora. We are disappointed given all of the positive geologic and geochemical indications that we did not hit a gold-rich structure, but we still believe the project holds excellent exploration potential. We look forward to further exploring the San Pedro and La Joya targets where there is remaining gold discovery potential. We are pleased to continue working with Centerra as a partner and hope to add additional land tenure in the coming months.”

The Pitaya Target and Puerto El Alamo drill-hole data shows there is a positive correlation between gold and arsenic (As) enrichments, where core samples having gold concentrations greater than 0.2 g/t Au are seen to have As contents of 3,000 ppm and greater. The gold-arsenic relationship is a feature commonly found at other orogenic gold systems in north-western Sonora including at the San Francisco Mine. Further understanding of the controls on gold mineralization at Glor were established and will be applied going forward. Partner-funded stream sediment and soil surveys along with mapping and rock sampling are expected to be carried out this quarter.

Riverside optioned the Clemente Silver Project in December of 2016 to partner Silver Viper Minerals (“Silver Viper”) (TSX-V: VIPR), which at the time was a private company with plans of a public listing and company growth. Riverside’s partner recently completed its IPO (see Silver Viper press release September 27, 2017) and then commenced a 2,000 metre drilling program in November of 2017. To date, approximately half of the planned campaign has been completed at the Mundo and Nuevo Mundo silver targets. Nine HQ-size diamond boreholes were drilled for a total length of 1,062 meters, with two of the drill-holes intersecting old mine workings and consequently being abandoned. The best mineralized intersection was made by hole CL-17-006; a 0.7 meter long interval that averages 827 g/t silver, 0.23 g/t gold and a combined 2.09 per cent lead-zinc. Click here for more details on the Clemente Project and option agreement details with Silver Viper.

Future exploration at Clemente could progress with testing of the Santa Elena target located in the south-eastern sector of the Clemente property and 7 km northwest of the Cerro Colorado gold mine of Goldgroup. The Santa Elena target covers an area of at least 150 hectares where there is evidence of artisanal mining for gold and silver but no previous drilling. 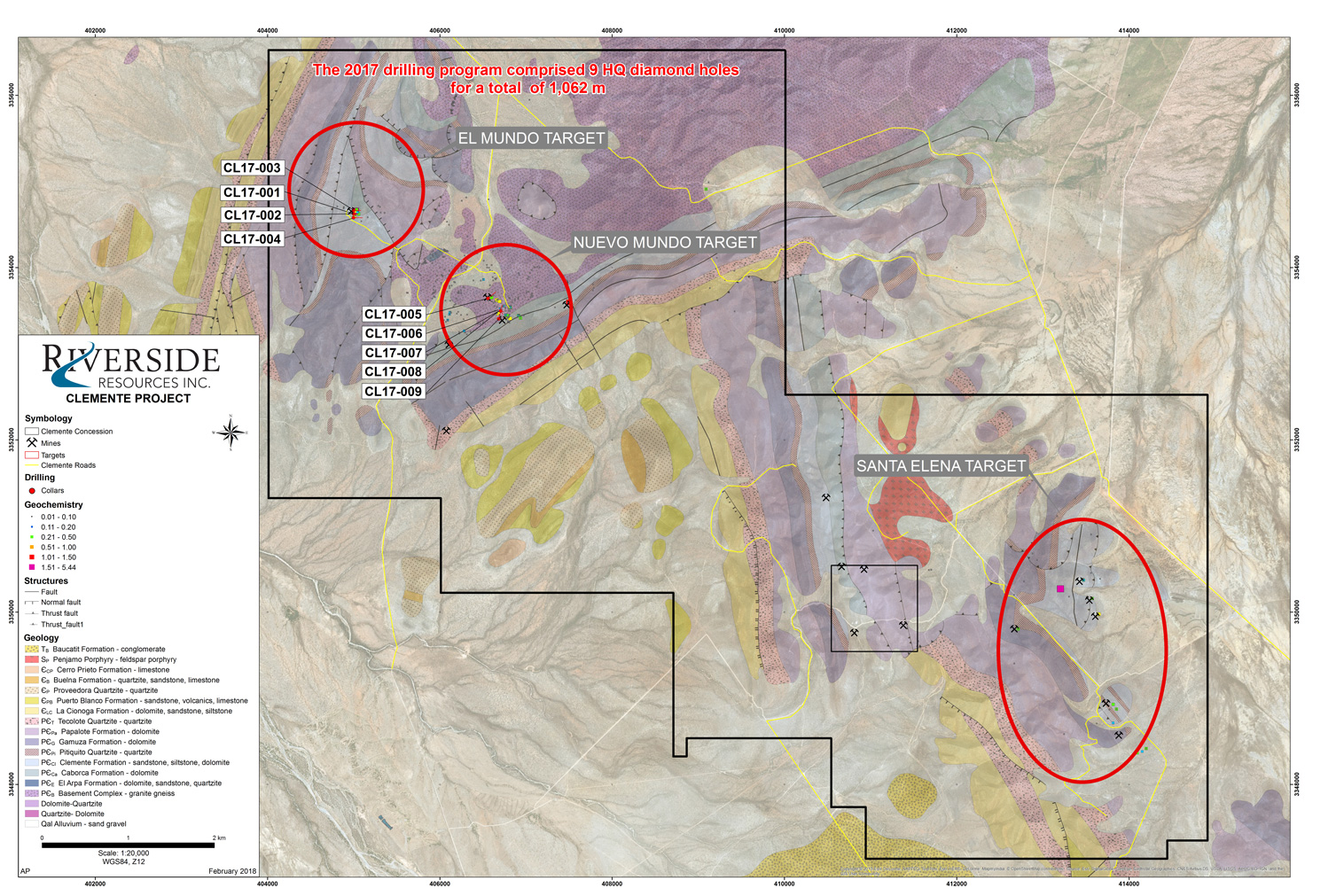 Figure 2: Map of the Clemente Project and its three target areas


Qualified Person and QA/QC:
The scientific and technical data contained in this news release was reviewed and prepared under the supervision of Ron Burk, P.Eng. and Vice-President of Exploration for Riverside Resources Inc. who is responsible for ensuring that the geologic information provided in this news release is accurate and who acts as a “qualified person” under National Instrument 43-101 Standards of Disclosure for Mineral Projects.

All drill cores at Glor were photographed, geologically logged and then sawed in half to provide samples for gold assaying and multi-element ICP mass spectrometry analysis, which was done by Bureau Veritas’ laboratories in Hermosillo, Mexico and Vancouver, Canada, respectively. A total of 704 core samples were analysed, with individual samples having core lengths of 1.0 m or 3.0 m, depending on the presence or absence of visible hydrothermal alteration. For quality assurance and control purposes 16 non-mineralized ‘blank’ samples, 15 field duplicate samples and 47 standard reference samples were included with the batches of core samples that were analysed.

At Clemente assays reported herein were subject to industry standard sampling methods and QA-QC protocols including the routine insertion of commercially prepared standards and locally sourced blanks into the sample sequence. Sample splits of 30 grams mass were analyzed by aqua regia digestion with ultra-trace ICP-MS finish. When triggered, overlimits were completed by aqua regia digestion and ICP-ES finish. Assays were completed by Bureau Veritas, with preparation in Caborca, Sonora, Mexico and analysis in Vancouver, BC.

About Riverside Resources Inc.:
Riverside is a well-funded prospect generator exploration company with approximately $3,000,000 in the bank and a tight share structure with fewer than 45M shares issued. Riverside leverages its 77,000 location Mexico mineral database, highly experienced and dedicated technical team and partnership network to acquire and develop high-potential projects. The Company increases the chances of discovery by advancing multiple assets simultaneously through partnerships, allowing Riverside to mitigate risk and conserve capital. Riverside has a diverse portfolio of gold, silver and copper properties throughout North America. Riverside has additional properties available for option with more information available on the Company’s website at www.rivres.com.