January 26, 2016 – Vancouver, BC: Riverside Resources Inc. ("Riverside" or the "Company") (TSX-V: RRI) is pleased to announce that exploration work continues with partner Centerra Gold Inc. (“Centerra”) at the Company’s Tajitos Gold Project (the “Project”) in Sonora, Mexico. The initial exploration program funded by Centerra Gold over the past two months included extensive continuous rock chip channel sampling and stream sediment sampling. Drill targets are being defined with further work now underway and up to 4,500 metres in drilling expected to follow. 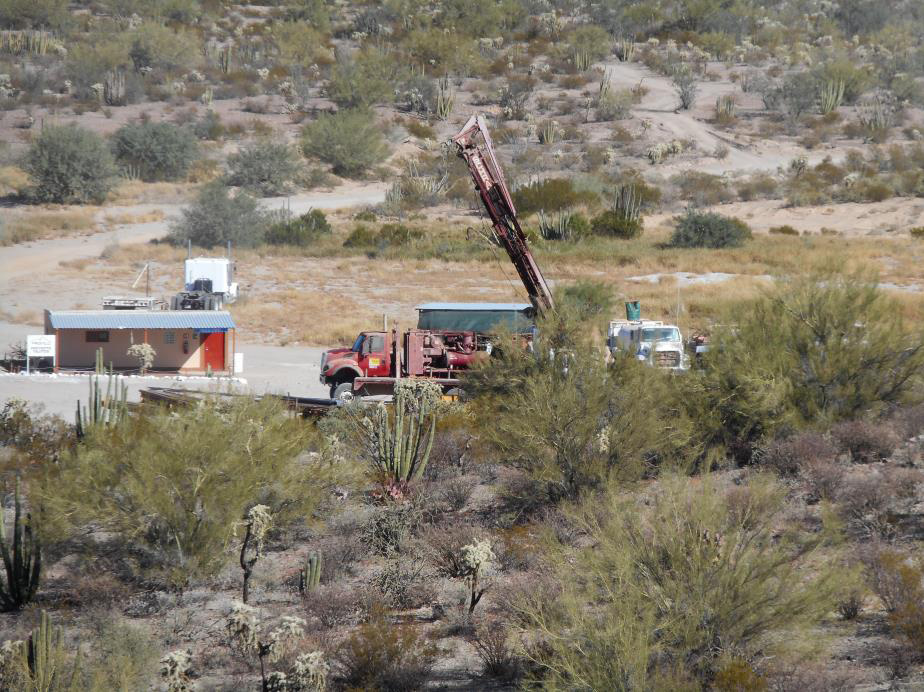 Several intervals of gold mineralization occur in faults and shear zones with quartz-sericite pyrite (QSP) alteration and minor quartz veining, with an extensive chlorite to propyllitic halo. The QSP zones with anomalous gold are up to 70 metres wide on surface and contain elevated values of lead, tellurium, arsenic, and antimony. Mineralization occurs on the footwall and hangingwall of the low angle faults with wide alteration zones. Trenching is now underway to sample covered areas along the major fault and shear trend.

The channel sample lines generally run perpendicular to the strike of the several kilometre long shear zone. The sampling on northeast trending traverses evaluated approximately 4,000 metres of sheared and altered rock along 6 sample lines in an area 2 km wide. Strongly silicified rhyolitic volcanic rocks with well-developed sericite and oxidized pyrite were encountered in all 6 sample lines. The mineralized relationship at Tajitos is very similar to mineralization style known at Fresnillo’s Noche Buena Mine located 35 kilometres to the NW along the major shear zone trend.

The initial stream sediment sampling program was completed on the Tejo concession with Riverside collecting 46 stream sediment samples over an area approximately 4 km in diameter. Sample results range from <0.005 to 0.528 g/t Au. Nineteen samples had values greater than 0.02 ppm and identify an area 2.8 km long by 1.3 km wide along an approximate east-west trend in the southern portion of the Tejo concession. Elevated values of arsenic, lead, antimony, and cobalt are associated with the gold bearing samples similar to the mineralization at Tajitos in outcrop. Additional stream sediment sampling is underway to find the limit of the gold anomaly to the north.

Riverside’s President and CEO, John-Mark Staude, stated: “We are delighted to have Centerra funding 100% of the program and quickly progressing with additional field work and preparations ahead of anticipated trenching and drilling.” 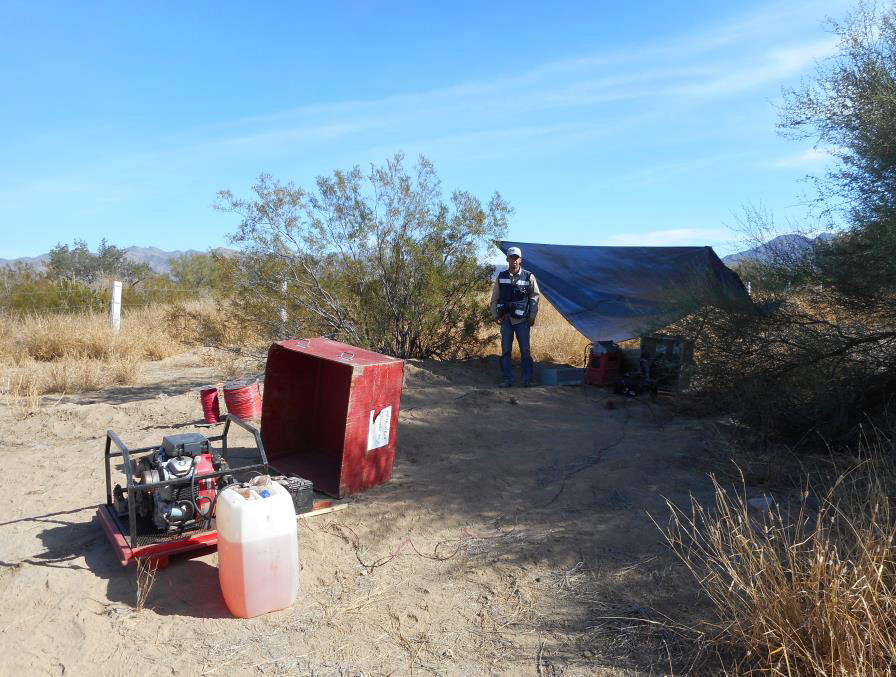 An induced polarization (IP) geophysical survey was completed over 2 target areas in Tajitos and moderate resistivity and chargeability anomalies were detected and possibly identify a major feeder fault zones with stronger alteration and partially oxidized and disseminated pyrite as seen in outcropping mineralization.

Two areas in the Tejo claim were evaluated with IP lines testing features seen in the airborne magnetic data. The Tejo zone is a gravel covered valley with very few bedrock exposures and the IP was designed to identify faults and alteration features similar to those seen in Tajitos. An area of higher resisitivity with elevated chargeability occurs coincident with magnetic highs.  The anomalous zone is at least 1 km by 600 metres. The magnetic high which corresponds with the IP zone trends southeast and is approximately 5 km long by 2 km wide. Additional IP survey lines are planned to further define the anomalous zone.

A drill program at Tajitos and Tejo is planned to begin in the first quarter of 2016 as part of the ongoing exploration program funded by Centerra Gold. An initial 1,000 to 1,500 metres of diamond core drilling is planned on two target areas at Tajitos to test coincident geologic, geochemical, and geophysical targets. An additional 3,000 metres of RC drilling is planned for the Tejo area to identify bedrock below the gravel cover and partially test the coincident magnetic high and IP anomaly.

About the Tajitos Project:
The ~60km² Tajitos Gold Project is located in the heart of the Sonora-Mojave Megashear Gold Belt. The Project was acquired by Riverside from a private owner and is owned by Riverside 100% with no underlying royalties. Previous work programs completed by Riverside confirmed high grade gold values in quartz veins and anomalous values of gold in fault zones with only minor quartz veining. Riverside results from rock chip geochemical sampling on the vein systems at Tajitos range from <0.005 to 34.74 g/t gold and from <0.1 to 383 g/t silver over widths ranging from 0.5 to 3.0 metres. Sampling outside the veins in silicified and sericite altered volcanic and intrusive rocks have returned gold values from <0.005 to 1.02 g/t.

Qualified Person & QA/QC:
The scientific and technical data contained in this news release pertaining to the Tajitos Gold Project was reviewed by Greg Myers, PhD, P.Geo, - VP, Exploration, a non-independent qualified person to Riverside Resources, who is responsible for ensuring that the geologic information provided in this news release is accurate and who acts as a “qualified person” under National Instrument 43-101 Standards of Disclosure for Mineral Projects.

Reported samples were taken to Hermosillo, Mexico where Bureau Veritas Laboratory Group’s (BV) mineral division crushed and pulverized each sample. Gold fire assays with AA finish were analysed in BV Hermosillo laboratory. The rejects remained with BV in Hemosillo while the pulps were transported to BV ISO 9001-2008 certified laboratory in Vancouver, BC, Canada for multi-element ICP analysis. A QA/QC program was implemented as part of the sampling procedures for the exploration program. Standard and blank samples were randomly inserted into the sample stream prior to being sent to the laboratory.